“Another Brick In The Wall”

Jimmy's thrilled to be accepted to Hudson University, especially when Trina tells him about an experimental surgery that could help him walk again. Despite his parents' objections, he's tempted to try it especially after he makes a shocking discovery about his father. Meanwhile, Peter sees Sav and Danny practicing together, and suggests they form a band. First, they'll need a drummer. Too bad Spinner thinks they suck.

Jimmy finally gets the news he's been waiting for when he learns that he's been accepted into Hudson University. But, he's got other things on his mind. He is slowly discovering that he has other options when it comes to his real dream of walking again after he sees Marcus from physio walking. When Jimmy makes a shocking discovery about his father, he decides to take what is rightfully his.

Peter's had a tough year and he really needs some guy time! How about a band?! When they audition Spinner to be their drummer, he laughs in their faces. They suck. Plus, they're too pretty to be taken seriously. Peter is enraged...and this turns out to be a good thing. 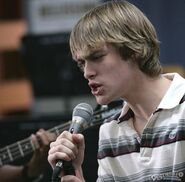 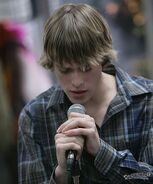