Facerange is a fictional social networking site, founded by Darrin Howe, that is used by numerous students/alumni from Degrassi Community School.

Degrassi: The Next Generation

In Heat Of The Moment, Alli Bhandari uses Facerange out of revenge because Holly J. Sinclair talked about her secret relationship with Johnny DiMarco to his friends, resulting in him breaking up with Alli. She starts an "I Hate Holly J." group and gets 411 people to join it. Because of this, Alli gets grounded as well as a juvenile criminal record and Holly J. almost leaves Degrassi. Facerange is known to have a chat feature.

When Declan and Fiona Coyne move back to New York, we see Fiona's status update.

"Moving back to New York for good! So so so so happy!"

Clare: Is that an invitation?

In My Body Is A Cage (1), Dave Turner uses Facerange to look up Ms. Oh's profile to find something to help him to get a good mark on his blog assignment.

In You Don't Know My Name (1), Holly J. uses Facerange to delete pictures of her and Declan after they break up.

In Hide and Seek (1), Alli reads Facerange comments about her being gone. Clare writes "Come home, Alli!" Another student writes "I'm glad she's gone." She was staying at Johnny's dorm when she read this.

In Idioteque, after Anya MacPherson and Owen Milligan hooked up at Fiona's party, Anya sees Owen's status updates about the hookup and hinting that it was with her. When she confronts Owen, he states that he made the updates so that Anya would notice and speak to him again.

In Hollaback Girl (1), Jenna Middleton decides to search Jacinta's name on Google, and finds a get well Facerange page for Jacinta Morley from her friends. Alli finally reveals to Dave that Jacinta's friends made a Facerange page for her, and that they were trashing him, and Dave takes full blame for her accident, even though Alli tells him that it isn't his fault.

In Gives You Hell (1), Maya Matlin is on Facerange in the computer lab. When she leaves Tristan Milligan, she forgets to log out. He notices that Campbell Saunders messages her. The two start a conversation. Tristan later asks Maya if he can borrow her Facerange account so he can talk Campbell.

In Gives You Hell (2), a conversation is briefly shown between Campbell and Maya (really Tristan) on Tristan's phone.

Maya: I'm so nervous about the audition. I can't think about anything else!

Campbell: Hang in there. You'll do great. I KNOW you will.

Maya: Musical cast posted - no part for me :( So depressed.

In Zombie (1), Maya receives a message from Zig Novak on Facerange asking up her if she's okay. She replies "yep" then proceeds to post a video of her and Harry making out on Facerange.

In About a Girl, Adam looks up Becky's Facerange page, which is full of pictures of her and Todd. Adam hacks into her page, and sends a message with Becky's account to Todd, saying to never speak to her again.

In Young Forever, numerous posts on Adam's memorial page are seen from people including Mo and Fiona.

In Who Do You Think You Are, a Facerange page slut-shaming Maya is posting pictures of her face photoshopped onto naked girls' bodies.

In (You Drive Me) Crazy, Maya, scared for Miles Hollingsworth's safety because of her nightmares about him, hacks into his Facerange with Grace Cardinal's help and reads his messages. She finds that Tristan messaged Miles to ask him how he was feeling and Miles responded that he wanted to kill himself.

In Firestarter (1), Winston Chu shows Frankie Hollingsworth a Facerange page blaming her for Degrassi Nudes. Later, during Mr. Hollingsworth's press conference, a woman brings it up, thus exposing Frankie as the "perpetrator" to the press — and her dad.

In #RiseAndGrind, Mrs. Hollingsworth invites Tristan to a get together on Facerange.

In various character Twitter statements, it's mentioned that Facerange had an IPO on the same day as Facebook. 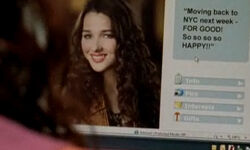 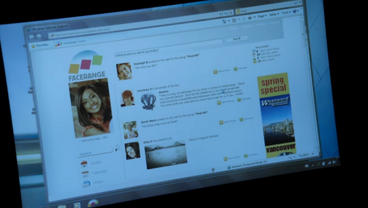 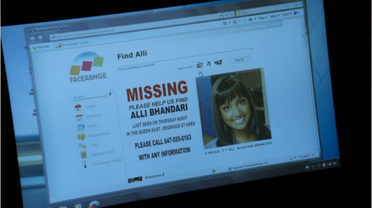 An online missing poster for Alli. 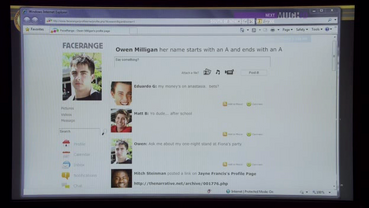 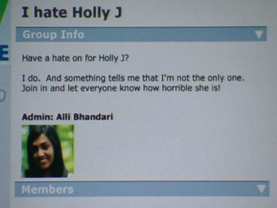 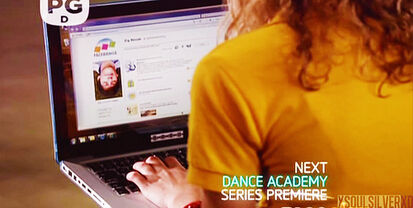 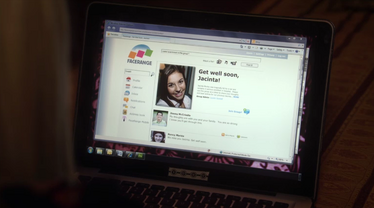 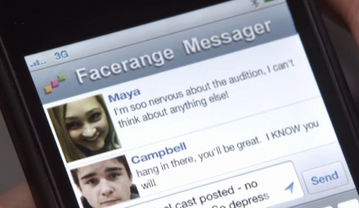 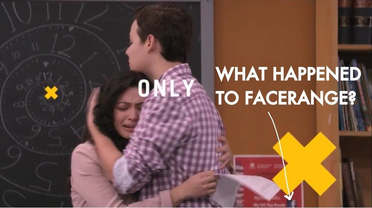 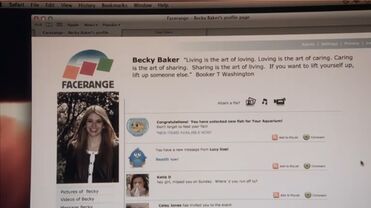 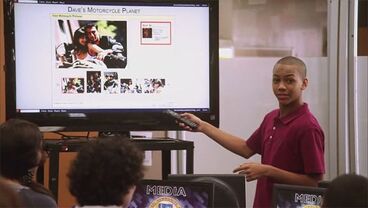 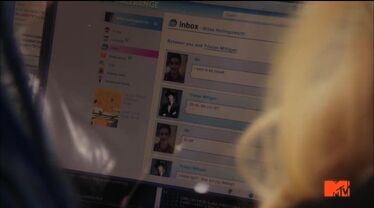 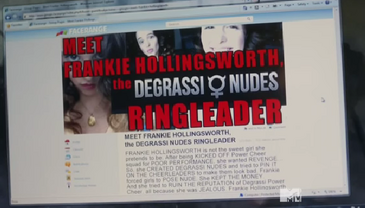 Frankie's ringleader of degrassi nudes that Zoe made 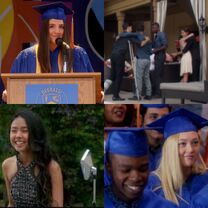