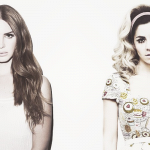 Hii! I know it's really sad that it took me over a whole YEAR to build my profile but I've been thinking a lot about what defines me, and how I should go about making this profile. I really think I'm going to like it a lot.

(Boy Baes are subject to change)

Retrieved from "https://degrassi.fandom.com/wiki/User:ShadowLong?oldid=2715211"
Community content is available under CC-BY-SA unless otherwise noted.